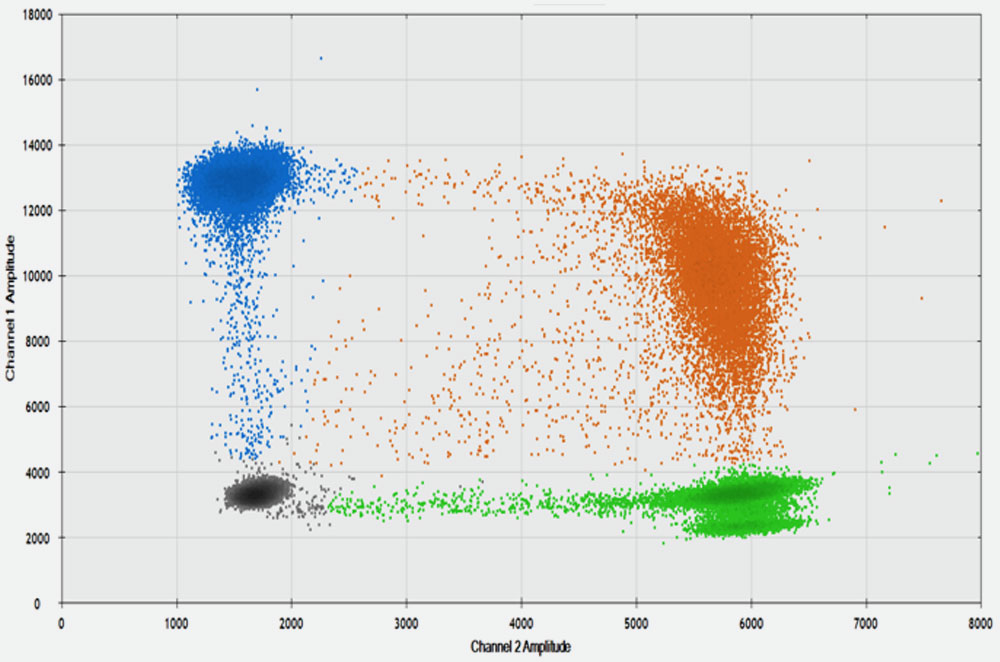 Posted at 04:00h in Science by kevinmellen 0 Comments
Share

Coronary heart disease (CHD) is responsible for over 300,000 deaths annually in the United States. An improved method for detecting CHD could have a substantial clinical impact given that sudden cardiac death is the initial presentation in 15% of patients with CHD. Building on the idea that systemic effects of CHD risk factors are a conglomeration of genetic and environmental factors, we used machine learning techniques and integrated genetic, epigenetic and phenotype data from the Framingham Heart Study to build and test a classification model for CHD. The initial development of this prediction model included 1545 individuals (58/851 females and 115/694 males diagnosed with CHD) in the training set and 142 individuals (22/54 females and 49/88 males diagnosed with CHD) in the test set. An ensemble of Random Forest classifiers consisting of 4 DNA methylation (DNAm) sites, 2 SNPs, age and gender was capable of predicting CHD status with a test sensitivity and specificity of 0.75 and 0.80, respectively. In contrast, an ensemble consisting of conventional CHD risk factors (age, gender, systolic blood pressure, total cholesterol, HDL cholesterol, diabetes and smoking status) performed with a test sensitivity and specificity of 0.41 and 0.89, respectively. The 4 DNAm sites captured variance associated with age, gender, total cholesterol, smoking and diabetes. Our integrated approach with superior minimization of false negatives may be a viable alternative for CHD diagnosis and may obviate the need for cumbersome testing procedures, the collection of considerable amounts of blood and multiple lab tests. Conceivably, these will be greatly reduced by using a single genetic-epigenetic assay that uses a microgram or less of blood or saliva DNA. More importantly, the methylation at epigenetic loci with high predictive value could be very useful in guiding therapeutic interventions, management of risk factors and monitoring efficacy of treatments and lifestyle modifications. Optimization of our current panel led to better selection of biomarkers and improved testing metrics. We further demonstrated translational feasibility of our method by developing an alpha biomarker panel.

Sorry, the comment form is closed at this time.