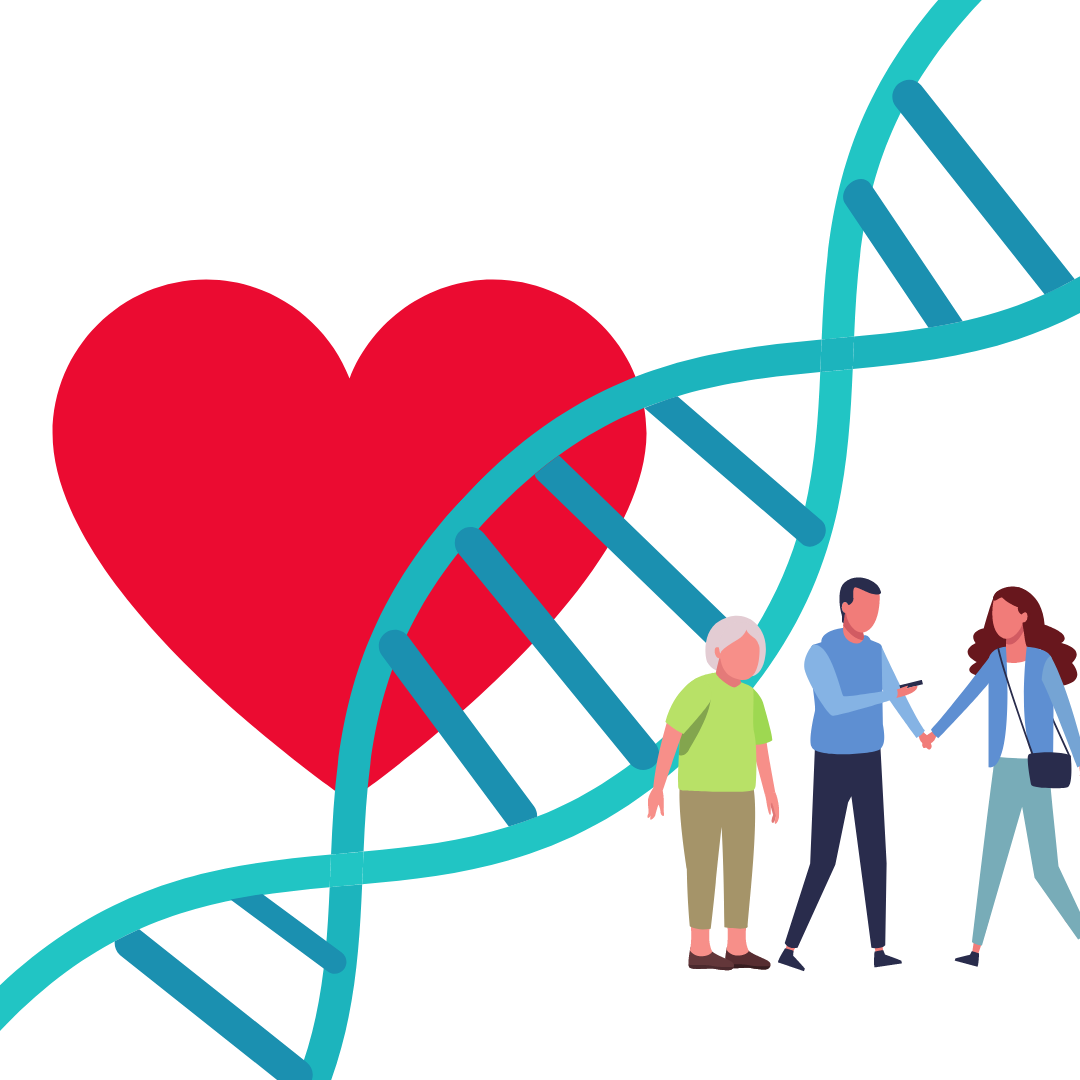 12 Jan Single Nucleotide Polymorphisms: What Makes You You

Posted at 20:10h in Blog by zanub 0 Comments
Share

What are they and why do they matter?

How often have you heard someone say “it’s in my genes”? Everyone knows that genes are the building blocks for our hearts and minds. But how genes shape us is complicated. Previously, we talked about how the environment can change gene expression. Today, we’re going to talk about variations in the genes themselves, and how they can affect our health.

What are genes and how do they encode proteins?

Broadly speaking, genes are the instruction manual for all proteins and cellular functions. The genome is the complete set of genetic material encoding for a particular cell or organism. Genes are encoded in deoxyribonucleic acid (DNA), which is made from nucleotides.

It may surprise you to learn that the instructions for your entire body are encoded using only four nucleotides! Adenine, thymine, guanine, and cytosine are strung together in many different combinations to produce single strands of DNA. Two strands of DNA then interact in an antiparallel way, with bonds occurring between the nucleotides to produce double-stranded DNA helices. These long helices of DNA, which together are over 8 meters in length, are then tightly wound together with proteins called histones to form compact chromosomes.

The production of proteins from information encoded in these DNA strands is extremely important! Cells are essentially tiny lipid bags full of proteins that keep us alive. The way cells read genes to build proteins is complicated. To explain it simply, complex cellular machinery transcribes the DNA into RNA. RNA is very similar to DNA, but is single-stranded and uses uracil instead of thymine. Another part of the cellular machinery called a ribosome ‘reads’ the RNA in three-nucleotide increments called codons. Each three-letter combination of nucleotides corresponds to one of twenty different protein building blocks called amino acids. Like a ticker tape, the ribosome reads the RNA three nucleotides at a time and then stitch amino acids together in a chain to match this code.

From a presentation by Dr. Balaji Rathod

This long string of amino acids then folds into the final active protein based on interactions between the different amino acids. Because there are twenty different amino acids, there are a lot of unique potential folding patterns. For example, a positively charged lysine may interact with a negatively charged aspartic acid, or a hydrophobic tryptophan may be folded away from the watery environment of the cell. The folding and ultimate function of the protein is totally controlled by the interactions between the amino acids.

What are single nucleotide polymorphisms?

Single nucleotide polymorphisms (SNPs, pronounced like ‘snip’) are exactly what they sound like — a change in one nucleotide within DNA. To some, this may seem to be a very small issue. Why would changing one nucleotide out of the 3.2 billion in the genome affect your DNA? Remember that the codons, which control how cells build proteins, are encoded in 3 nucleotide increments. This means that even one change to the nucleotide sequence can change the final protein.

The three-nucleotide codon code (Furman University). Note that the U stands for uracil, which is the mRNA equivalent of thymine.

Unfortunately, some SNPs cause dramatic changes to the amino acids, and subsequently to the structure and function of the protein. For example, glutamate is a polar, negatively charged amino acid that can interact with water. In contrast, valine is uncharged and hydrophobic. If the codon GAA, encoding for glutamate, is mutated by an SNP to GTA, the final protein will have a valine instead of a glutamate. This type of SNP is what causes Sickle Cell Anemia, a blood disorder that can cause blindness and damages internal organs like the kidneys, liver, and spleen.

It might seem like a miscoded amino acid is the worst thing that can happen, but there’s one type of SNP that is even more dangerous. Look at the codon table – notice how three of them encode for ‘stop’? These stop codons signal the end of the protein chain. Unfortunately, because there are three of these “chain stoppers”, many SNPs accidentally add a premature stop codon to the DNA/RNA template. This means that the protein that normally would be expressed isn’t expressed at all, which can be extremely dangerous. For example β-Thalassemia is a blood disorder that is sometimes caused by premature stop codons in the gene encoding the β-thalassemia protein. In mild cases, β-thalassemia causes pale skin, weakness, and fatigue. In severe cases, patients with β-thalassemia require frequent blood transfusions and frequently die at an early age.

How do SNPs impact heart health?

Many diseases can be caused by SNPs, and heart disease is no exception. Researchers have found that many SNPs are associated with coronary heart disease and the risk of atherosclerosis. Because SNPs are mutations directly in the DNA, dangerous SNPs can be passed down through families.  However, the vast majority of these SNPs have very little influence on risk for disease (much less than 1% change in risk).  In fact, all together, genetic factors only account for about 18% of your risk for heart disease.  The rest of your risk for heart disease comes from lifestyle factors and diet.

Another unfortunate aspect of SNPs is that they can’t be ‘fixed’ by accessible modern medicine. If a person happens to have one or several SNPs that put them at increased risk for heart disease, there is no way to repair the change.

Finally, having risky SNPs also doesn’t guarantee that you’ll have heart disease. Because there are so many genes that regulate the function of the heart, all of us have a variety of SNPs, some of which protect us and others that expose us to a greater risk of disease.  But as discussed in our previous blog post, because they represent 80% of your risk for heart disease, environmental factors can have a dramatic impact on your health!

I have SNPs that are associated with CHD. How can I track my health?

If you’ve recently found out that you have SNPs associated with heart disease, don’t panic. Your epigenetic state also influences your risk for heart disease. Thankfully, the Epi+Gen CHD test from Cardio Diagnostics Inc. assays both your genetics and epigenetics. It tests 5 SNPs and three methylation sites associated with CHD, meaning that you can compare your personal health to that of others with the same underlying genetic mutations.

The Epi+Gen CHD test can better predict your 3-year risk of CHD than the standard lipid tests offered by most doctors.  In particular, for women, it is 40% more likely to predict a heart attack. Hailed as the Clinical Diagnostics Solution of the Year, the test is accessible from the comfort of your own home through telemedicine appointments with doctors. It’s never been easier to understand your true risk of heart disease. For more information on how to order an Epi+Gen CHD test for yourself or the police officer in your life, visit Elicity.

Sorry, the comment form is closed at this time.